Daewoo Motors was a South Korean automotive company, part of the Daewoo Group. The Daewoo group started as a joint venture with General Motors, and most of Daewoo cars were based on General Motors models.

Daewoo produced cars such as the Espero, LeMans, Lanos, Leganza, and the most well known vehicle the Matiz. Our certified Daewoo mechanics are more than capable of diagnosing and correcting any issues or concerns that you have with whichever model you drive. 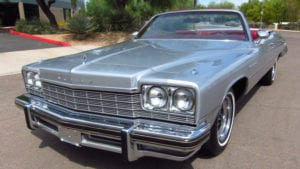 Your Daewoo needs quality services to keep your vehicle working at peak performance, so don’t settle for anything less than the best service of Daewoo vehicles in the area. We focus on more than just repairing the vehicle. We offer professional advice regarding the needs of your car so that you can plan ahead for future maintenance. From the moment you bring your Daewoo car to our repair shop in Downtown Portland until you drive away thoroughly satisfied, we strive to offer superior customer service.

Call and make an appointment with us today!

Everett Street Autoworks is one of the best auto repair shops in Portland, Oregon. Whether your vehicle needs routine maintenance such as an oil change or tune-up or repairs for major damage such and a timing belt or transmission repair, our team of certified mechanics provide top-notch service. We’re known for being one of Portland’s most trusted auto mechanics! We now offer professional tire service with Point S!

Many of our customers come downtown from the Pearl, NW Portland, and SE Portland neighborhoods. We offer complimentary shuttle service for those who need it - provided by Lyft. If your auto repair job will take longer than you expected, or longer than we anticipated, let us know - Sometimes we have extra tickets to movies and sporting events to help you pass the time with a smile on your face.